A patch of dust that changed history

The notion of a ‘Battlefield Tour’ may evoke stuffy old historians going into intricate detail about some long-forgotten battle and a load of incomprehensible jargon. To many it is a niche pursuit solely reserved for military types, collectors of antique weaponry and nerds. Even to those who have previously ventured out on one – or been compelled to during their studies – it may mean disembarking from a perfectly warm and dry coach to stand around in a muddy field before being asked to conjure out of the grey drizzle of a Belgian farmer’s field ‘columns of tanks’ and ‘Battalions of advancing troops’ effecting ‘flanking’ movements into the enemy’s ‘rear guard’.

I am a military spotter, have a passion for history and an unhealthily creative imagination. So even driving rain, the cold and an unhelpful Belgian farmer would be unlikely to put me off. But for those who do think battlefield tours are all a bit of a waste of time, dull or irrelevant, I would say you have not been to Fugitives’ Drift in Kwazulu Natal, South Africa. Take away the term battlefield tour, take away the dusty books, take away the military jargon. Replace them with exceptional stories of bravery, superhuman survival, incredible odds, superb military tactics, costly errors, leadership, pride, insubordination, alleged cowardice and unimaginably savage violence. On both sides. At Isandlwana, a force of over 1200 British troops – an entire battalion – was wiped out by the Zulus, “savages with sticks”. The latter only hours later, saw just 140 British soldiers, many sick and wounded, successfully hold their small missionary post, fending off repeated attacks by up to 3000 Zulus.

Our guides transported us to 19th century South Africa, and a dusty brown plain in what was then on the border of Natal and the kingdom of Zululand. They told us the stories of Isandlwana and Rorke’s Drift.

We were plunged into the period, the political tensions and were introduced to the characters one by one. We felt the unbearable heat of the woollen ‘red coats’ and the excruciatingly ill-fitting steel-capped boots. We stood on the spots where hundreds of men fell in the space of minutes, skewered by Asagai spears or exploded by the then state of the art Martini-Henry rifles. These battles had more drama, colour and highs and lows than the very best Hollywood blockbuster.

We delved into the context, the repercussions and drew out the important lessons in history that are still applicable to the complicated, violent and messy world we live in today. The stories reminded us of the power of the media – even back in the 19th century – to influence the public’s perception of a war fought thousands of miles away. We heard witness contributions from both the British and Zulu sides, and extracts from the press articles and historical reports written in the months following. These highlighted the bias and inaccuracy – and national pride, political influence and selective memory – that creeps into chronicles of historical events.

Beyond the political and military story, we were introduced to the soldiers and warriors themselves, through their oral testimonies passed down through generations of Zulus, and through the desperate final lines scribbled to mothers and sisters back in Britain. They were young warriors who had to blood their spears before they could hope to attract a wife. They were terrified 19-year old boys barely out of training, thousands of miles from home, battling disease, a climate and an environment they could never have imagined. 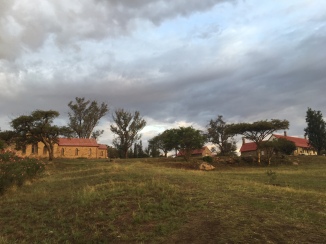 Thousands died on the field of battle, fighting literally to the death in hand-to-hand combat as they clambered over the bleeding corpses of their friends and colleagues. Those lucky enough to survive on the British side went home to a nation that had barely heard of Zululand or Rorke’s Drift, much less of the comprehensive defeat at Isandlwana. They went home changed men. Many would never recover from the apocalyptic scenes, the stench of rotting human flesh, the sight of the unstoppable ‘black wave of death’ careering down the hill or the blood-curdling fear of facing a painful, savage and bloody death again and again over hours and hours.

The formidable Zulus – the greatest warriors in all of Africa who towered over their red coat counterparts – lost thousands more men and just hours after a momentous victory at Isandlwana, would have their battle honour crushed at Rorke’s Drift. Their home and kingdom would be forever changed by the invaders in subsequent battles; invaders who had no real interest in Zululand other than to chalk up another conquest.

Modest and beautiful: a rare Zulu memorial to those warriors who fell at Rorke’s Drift

I would challenge even the most hardened soul not to have a lump in their throat by the end of the tour. The haunting recordings of Zulu songs and British marching bands accompany you as the open safari Land Rover rattles across the gravelly uneven ground to the different vantage points and key areas of the battle. To the spot where the first two posthumous Victoria Crosses in history were earned – the highest award for valour in the British Army to this day. To the ridge line where thousands of Zulu warriors lined up with their shields and spears stamping their feet in deafening unison, before moving as one onto the ill-fated British line of defence. To the missionary house under siege and ablaze, where one man ground his fingers down to the bone scraping through mud brick walls to carry his injured comrades to safety. The unnamed and last red coat left standing at Isandlwana who from his hiding place in the rocks picked off as many enemy as he could with his remaining bullets, then watched as his boyhood friends were hung from meat hooks, disembowelled and left tasting their own testicles. The feathered barefoot warriors who could outrun cavalrymen on their horses and charged unfalteringly into an unrelenting barrage of lead. 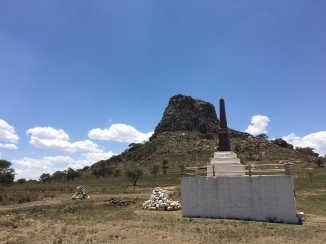 Isandlwana and Rorke’s Drift are tiny battlefields in the middle of the vast plains of what is now Kwazulu Natal, the peppering of painted white cairns, humble monuments of remembrance and a small museum the only signs left of the carnage of the 22nd January 1879. But they were momentous events in history: they played a key part in changing the face of South Africa as we know it today and the Zulu legacy. Isandlwana would be remembered as the greatest ever Zulu victory, and one of the worst defeats in British military history. The battle of Rorke’s Drift still boasts the highest number of Victoria Crosses awarded – eleven – in one single battle. After the carnage of the battle of Isandlwana, Britain would no longer send men under the age of 18 to war. But they were also battles that could and should have been avoided, invasions across territories that were not sanctioned by leaders or politicians on either side. For Britain, it was war waged when heavy losses were already being suffered on another front in Afghanistan. And it was a mission launched out of contempt and with a lack of cultural understanding of their enemy. The aftermath was a political cover up of the defeat at Isandlwana and a contrasting over-hyping to the press of Rorke’s Drift. Mistakes we continue to make more than a century later and lessons from which we must learn. 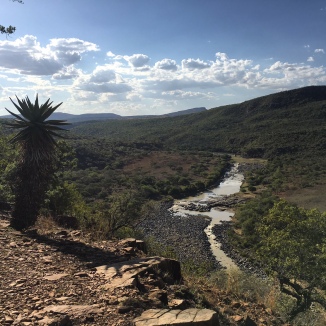 Buffalo river, a raging torrent (at the time) in the path of the few surviving British on a desperate retreat from Isandlwana, which claimed dozens of lives

But the political and military lessons should never tarnish the undeniable and incredible courage of the British soldiers and Zulu warriors who took to battle that day in 1879 and the thousands of men who gave their lives for their countries and comrades without hesitation.

You come away from Fugitives’ Drift informed by the history lesson and intrigued by the political machinations of the day. But most of all you are moved and inspired by the ordinary Zulu and British men who marched to Isandlwana and Rorke’s Drift and displayed unparalleled courage, resilience and dignity.

(our trip was booked through AfricaAndBeyond.co.uk)